We are a team of passionate professionals, keeping customers flying through superior service, shaped by a culture of collaboration, innovation and integrity, striving for excellence in the aviation industry. For over 30 years, Jet Support Services, Inc. (JSSI), has been the leading independent provider of maintenance support and financial services to the business aviation industry. JSSI offers Hourly Cost Maintenance (HCM) Programs to manage the often unpredictable costs of operating virtually all makes and models of aircraft, engines and auxiliary power units (APUs). The company is responsible for maintaining in excess of 2,000 business jets, turboprops, regional jets and helicopters across the globe and serves customers through its unique infrastructure of expert technical advisors.

JSSI leverages this extensive technical knowledge, maintenance buying power and data to support every stage of the aircraft life cycle, from aircraft acquisition to disassembling and parting out the aircraft. JSSI Parts & Leasing sells aircraft parts, provides lease engines and APUs, and offers supply chain solutions as a service to large fleet operators. JSSI Advisory Services and Conklin & de Decker harness this technical experience and global reach to power a complete range of consulting and digital services utilized by operators, aircraft brokers, and service providers across the industry.

In 2020, JSSI was recognized as a US Best Managed Company.

The company is acquired by RH Book Enterprises and 1848 Capital Partners, LLC, in 2008.

VistaJet and JSSI reach deal for record-setting enrollment of 50 Global 5000 and Global 6000 aircraft and BR710 engines.

JSSI Parts capitalizes on decades of data and the global reach and buying power of JSSI to build a vast parts inventory to better serve existing clients and support new customers.

The launch of this innovative financial tool provided the market with the latest data on the values of aircraft within a portfolio.

Combining the vast data set of the industry leader in aviation research with 30 years of JSSI maintenance data enables JSSI to provide the business aviation market with an entirely new level of information and transparency.

JSSI is named a US Best Managed Company.

The US Best Managed Companies program recognizes successful private companies by shining a light on how well they are run, what they have achieved, and the contributions they make to their industries, people and communities.

JSSI begins an exciting new chapter and embarks on a new phase of growth in partnership with GTCR, a premier private equity company with a proven track record of successful investments in the business aviation sector. 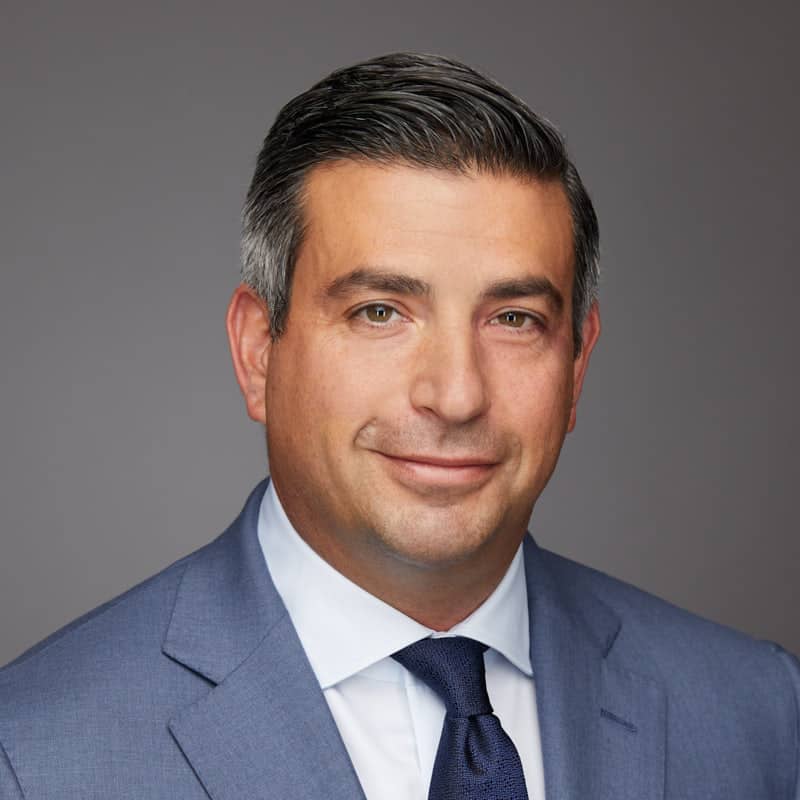 As Chairman and Chief Executive Officer, Neil provides leadership and direction to the entire organization.

Prior to joining JSSI in 2012, Neil served as Vice President of Mobility for Juniper Networks, directing its mobile security business unit. His role at Juniper began in 2010, in connection with their acquisition of SMobile Systems, where he had served as President and Chief Executive Officer. Neil began his career at AT&T where he held various management positions. Neil is a graduate of the University of Delaware, class of 1999. As Chief Financial Officer, Tim Elberfeld is responsible for all aspects of Finance & Accounting at JSSI. Additionally, Tim oversees the Information Technology organization.

Prior to joining JSSI, Tim spent 10 years at TransUnion, a global information and financial services company publicly listed on the New York Stock Exchange. During his tenure at TransUnion, Tim served in a range of progressive roles, including Chief Accounting Officer and Chief Financial Officer of the Africa Region in Johannesburg, South Africa. Tim began his career at PricewaterhouseCoopers (PwC), where he spent 12 years in the Transaction Services group. At PwC, he led cross-border engagements for clients in their execution of complex acquisitions, divestitures and carve-outs. During his time at PwC, Tim completed a multi-year secondment in Zurich, Switzerland, where he supported clients on both inbound and outbound deals across Europe. Tim received an undergraduate degree in accounting from Anderson University and is a Certified Public Accountant. As Chief Underwriting Officer and President of JSSI’s captive insurance company, Ken provides leadership to the organization’s pricing, asset management and insurance efforts worldwide. Prior to this role, Ken served as the company’s Chief Financial Officer for over six years.

Prior to joining JSSI, Ken spent over seven years with NetJets, a $5 billion subsidiary of Berkshire Hathaway, as their Senior Vice President, Financial Planning and Analysis (FP&A), leading their FP&A and Maintenance Finance teams. This role included all financial analysis and contract negotiations support for aircraft acquisitions and aircraft maintenance agreements. Ken’s career began as a Financial Analyst at American Airlines, where he spent more than six years in a variety of roles. Subsequently, he spent eight years with L Brands, a $10 billion publicly-traded specialty retailer that includes the Victoria’s Secret, PINK, and Bath & Body Works brands. Ken received his undergraduate degree in economics from the University of Rochester, and his M.B.A. finance degree from Cornell University’s Johnson Graduate School of Management. Prior to joining JSSI, Ash held positions of increasing responsibility in strategy, M&A, and corporate finance with Mars, Accenture, and Grant Thornton. An Illinois Wesleyan University graduate with a bachelor’s degree in economics, Reddy also holds a master’s in finance from the University of Notre Dame. Prior to joining JSSI, Paul was Managing Director, Associate General Counsel and Assistant Corporate Secretary for PrivateBancorp, Inc. (now CIBC Bancorp USA) and The PrivateBank and Trust Company (now CIBC U.S.). From 1999 to 2009, Paul practiced law with Schiff Hardin LLP in Chicago, where he represented a broad range of private and public companies, including private equity firms and their portfolio companies, in merger and acquisition transactions, the issuance of securities, corporate governance and other general corporate matters. Paul was previously an associate in the Indianapolis, Indiana, office of Baker Daniels (now Faegre Drinker) from 1996 to 1999. Paul graduated from Indiana University in (1993) and from the University of Virginia School of Law in 1996. A long–time JSSI employee, Tim has held the positions of Technical Advisor, Regional Tech Manager and Director of Engine Programs. Passionate about the JSSI brand, Tim supports many cross–departmental initiatives that create industry–leading product offerings. He holds a Bachelor of Science degree in aeronautical technology from Purdue University and is a FAA–licensed A&P Technician. Prior to joining JSSI, Joy served as Program Services Manager for Juniper Networks, supporting the Mobile Security OEM and Strategic Technical Partners business units. Her role at Juniper began in 2010, in connection with their acquisition of SMobile Systems, where she had served as Director of Strategic Alliances and Channel Partners. Joy received her bachelor’s degree from the University of Georgia. George Kleros is responsible for operational oversight of JSSI Advisory Services, including the appraisal, asset inspection and maintenance event management products. He has over 30 years of aviation maintenance experience in areas including management, field support services and appraisals for business jet aircraft.

George was previously Eastern Region Customer Service Manager for Rolls-Royce North America and, prior to that position, was the Technical Support Manager with JSSI for almost a decade. George also held a field support position with Textron Flight Services and was the Director of Maintenance for an air carrier fleet. He also held the position of President for an aircraft maintenance company with multiple satellite facilities supporting charter operations, flight schools, and retail maintenance. George currently serves on the maintenance airworthiness committee for the General Aviation Manufacturers Association, is a board member of the Westchester Aircraft Maintenance Association, and serves on the Embry-Riddle Aeronautical University Aviation Maintenance Science Industry Advisory Board. George holds an FAA rating for Powerplant and Airframe, with additional privileges as a holder of an Inspectors Authorization. He is an accredited Senior Appraiser through the American Society of Appraisers in the Machinery and Technical Specialties discipline with a specialty in aviation. Mark began his aviation career as a helicopter engineer in the UK and spent eight years specializing in military helicopters with the Ministry of Defense. From there, he moved into commercial business before joining the BBA central sales team at H+S Aviation. During this time, he was responsible for generating business on all engine types covered within the BBA group. After four years, Mark was promoted to Commercial Manager and was part of the team that set up the new PWC JT15D program at H+S, the company’s first fan engine type. He was also responsible for the combined commercial operations of both the Field Service and JT15D programs. In his role prior to joining JSSI Parts & Leasing, Ben was focused on investing in the aerospace sector. He has worked in investment banking, private equity, and credit investing at Deutsche Bank, The Pritzker Organization, Venor Capital, and Greenbriar Asset Management. He holds an MBA from Kellogg School of Management and a bachelor’s degree in business administration from the University of Michigan. As Chief Commercial Officer, Jim Sellers is responsible for driving the parts trading and aircraft acquisition businesses, including all teardown, part-out and leasing initiatives.

Prior to being named Chief Commercial Officer, Jim co-founded JSSI Parts & Leasing and was instrumental in its early success across every facet of the business. He has an extensive background in aviation with a focus on the buying and selling of parts, including roles at Prime Air, a HEICO Aerospace Company; Chase Aerospace; and AAR Corporation. Jim holds an MBA from Elmhurst College and a bachelor’s degree from Western Illinois University. We are proud to be good neighbors and participate in events and programs that support our company strategy around the world. The Global FoodBanking Network’s (GFN) mission is to nourish the world’s hungry through uniting and advancing food banks. 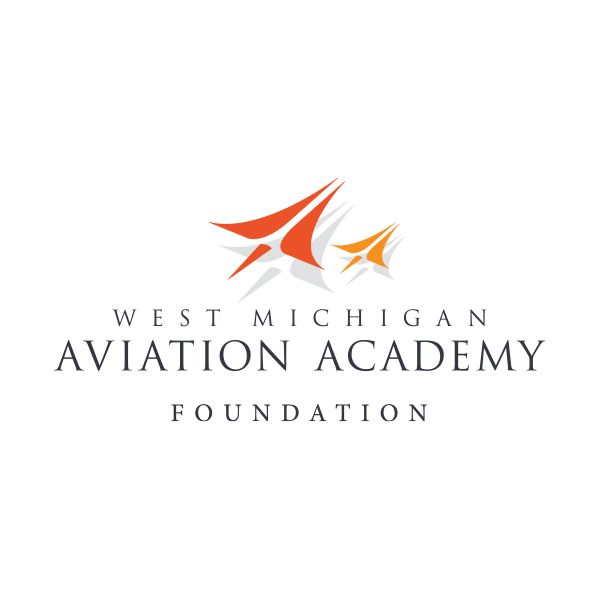 With a curriculum rich in aviation, STEAM, and robotics, WMAA provides a unique opportunity for students to focus on high-growth employment fields during their education. Autism Speaks is dedicated to promoting solutions, across the spectrum and throughout the life span, for the needs of individuals with autism and their families. Ronald McDonald House Charities of Central Ohio creates, finds and supports programs that directly improve the health and well-being of children and families in the region. JSSI supported Shaesta Waiz’s record-breaking solo flight around the world with a mission to encourage women to pursue STEM and aviation-related degrees. This annual program was established by JSSI to benefit students pursuing careers in aircraft maintenance at Embry-Riddle Aeronautical University. Each recipient is selected on the merit of their passion for aviation, leadership qualities, and sense of determination.

Find out more about this year’s recipient.